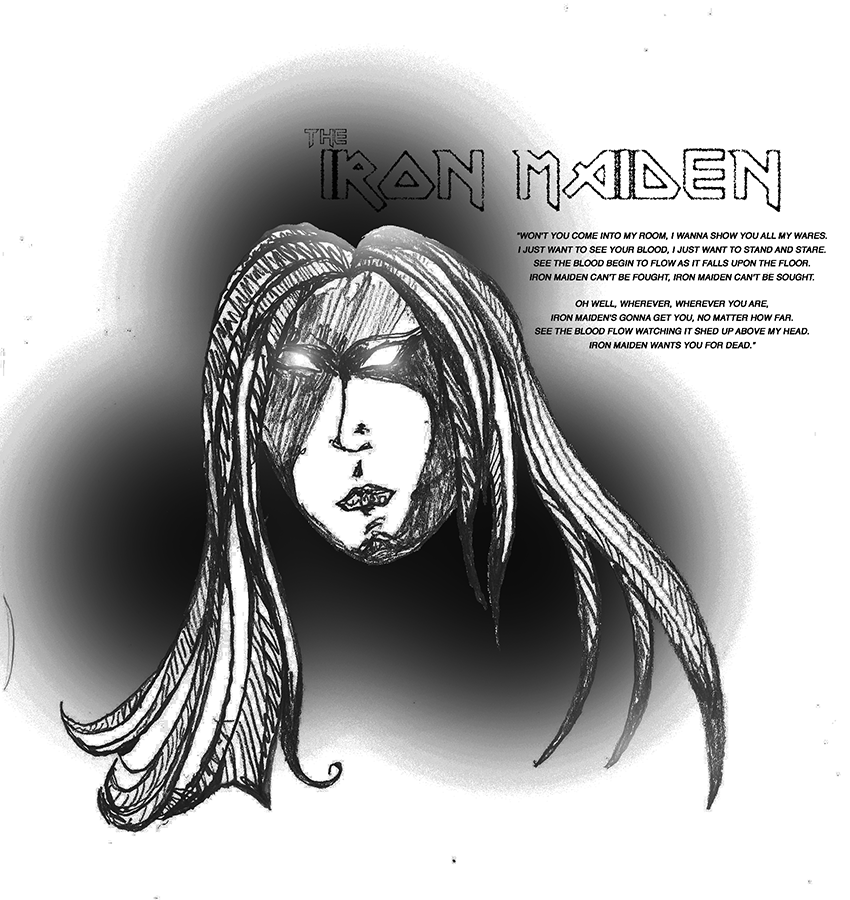 Oh Well, wherever, wherever you are,
Iron Maiden’s gonna get you, no matter how far.
See the blood flow watching it shed up above my head.
Iron Maiden wants you for dead. 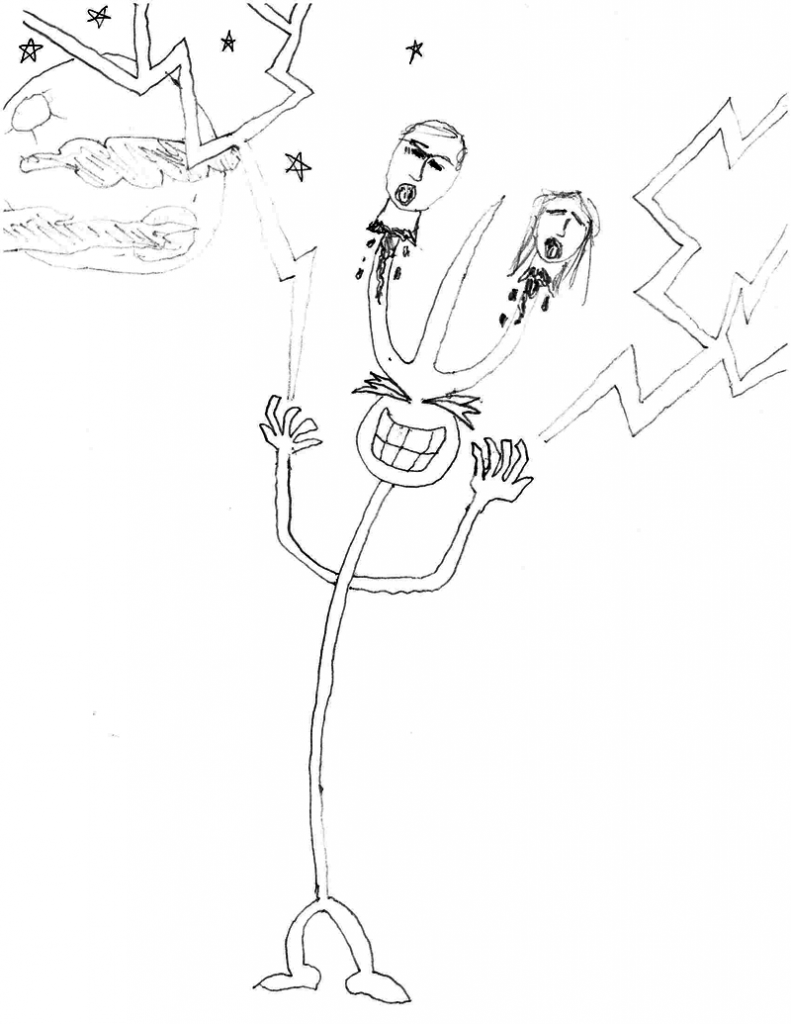 With the intention of increasing the might and power of their poultry through necromantic sorceries, the chicken queen mistakenly awakens ancient spirits and demons, one of which possesses the chicken king’s prized pitchfork and mounts the couple’s heads upon it’s prongs. This ancient evil, whose original name was lost eons ago, now takes the form of WITCHFORK! Impaling and decapitating all in his way!

The nothing. The unlight. The darkness. Whatever name people have called it, one thing is certain –  it sweeps across the universe devouring all matter like a black hole. Sue tried to reach out for a light in the dark but found only emptiness and cold… 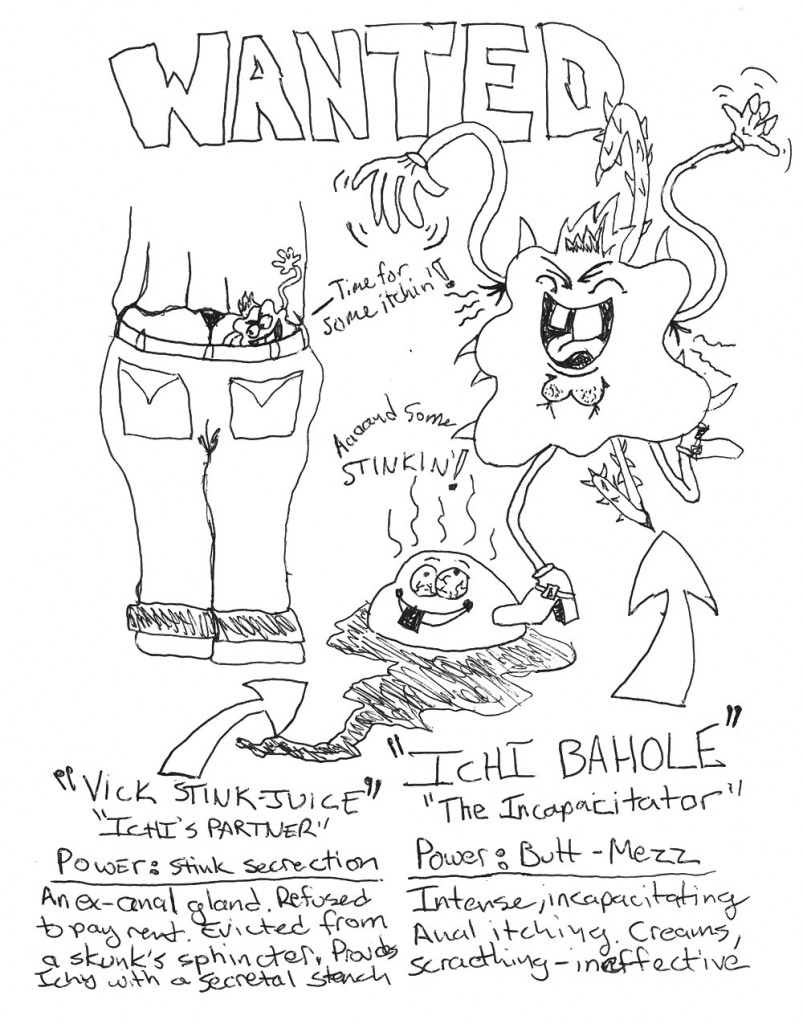 Completely maniacal and obsessed with the warm, smelly atmosphere of a dank swamp-ass (further facilitated by his sidekick, Vick Stink-Juice), Ichi has brought down the mightiest heros by repelling down their backside and laying in for a marathon ain-busting itch-fest. His powers may be amplified by his secreting side-kick Vick Stinkhole, who lends his horrible olfactory offensiveness to augment the discomfort caused by Ichi’s butt-mezz. The residual stink left by Vick’s smelly puss takes weeks to wash off one’s fingers, thus ruining most human contact within that time. Who the shit wants to be around that?

The two are considered a great blight upon all who would stand in their way. Something must be done!!!! 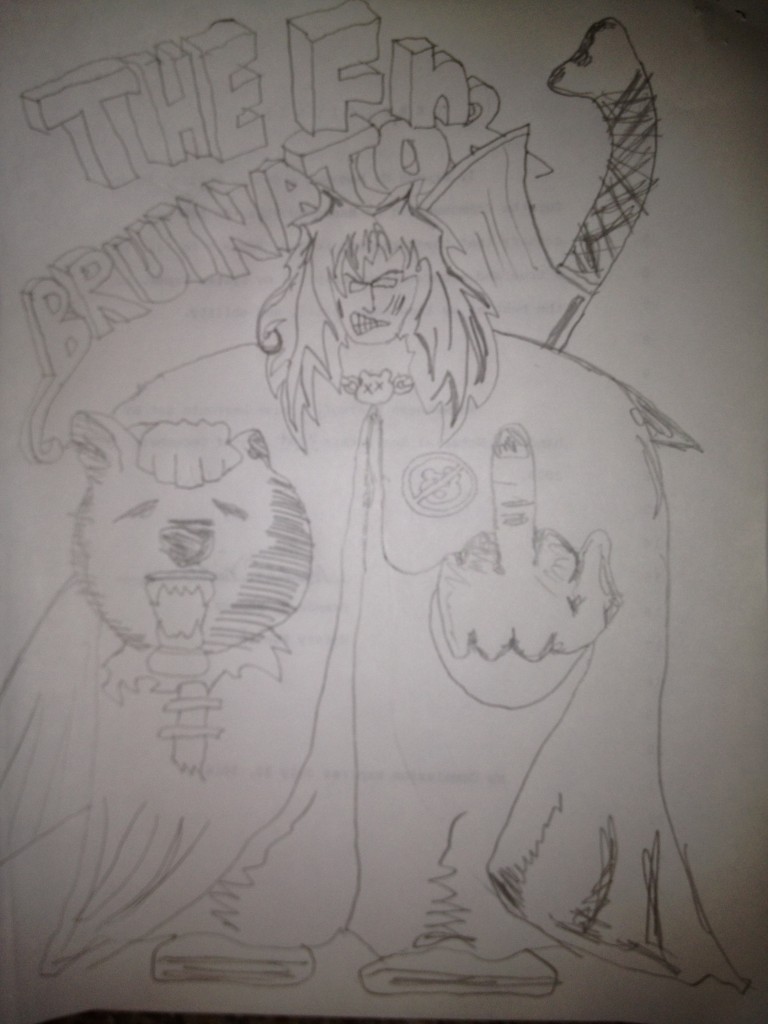